Architectural lighting briefs often require that any lighting upgrades make the structure more energy efficient. This requirement is perhaps most important to non-profits…even more so when the non-profit in question is the prestigious Penn State Milton S. Hershey Medical Center.

When, in 2012, the medical center directed that a new lighting system for the distinctive front limestone facade of one of the main buildings should be updated, it fell to Building Systems Analyst Kevin Kanoff of the Facilities Department to find the ideal lighting solution. His department aimed to satisfy not only the requirement to light the building, but also wanted to incorporate the ability for the lights to change the color of the facade to support different healthcare-related initiatives, red for National Heart Month, blue for National Autism Awareness Month, or pink for Breast Cancer Awareness Month. In addition, the energy savings of LED were equally considered. “LED Iluminarc fixtures are the ideal choice for energy consumption savings and changing colors on the façade—both functions in one lighting solution.” 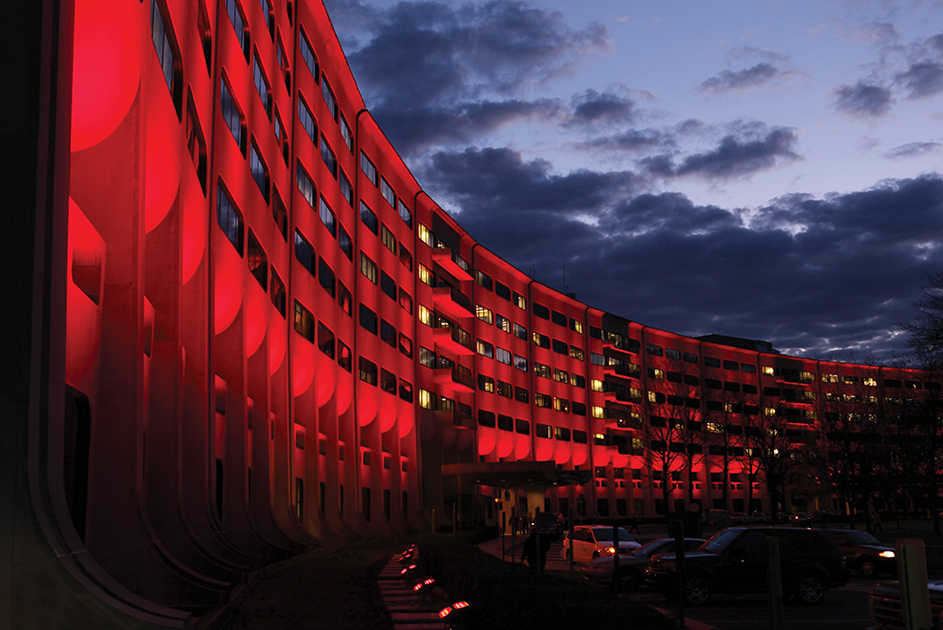 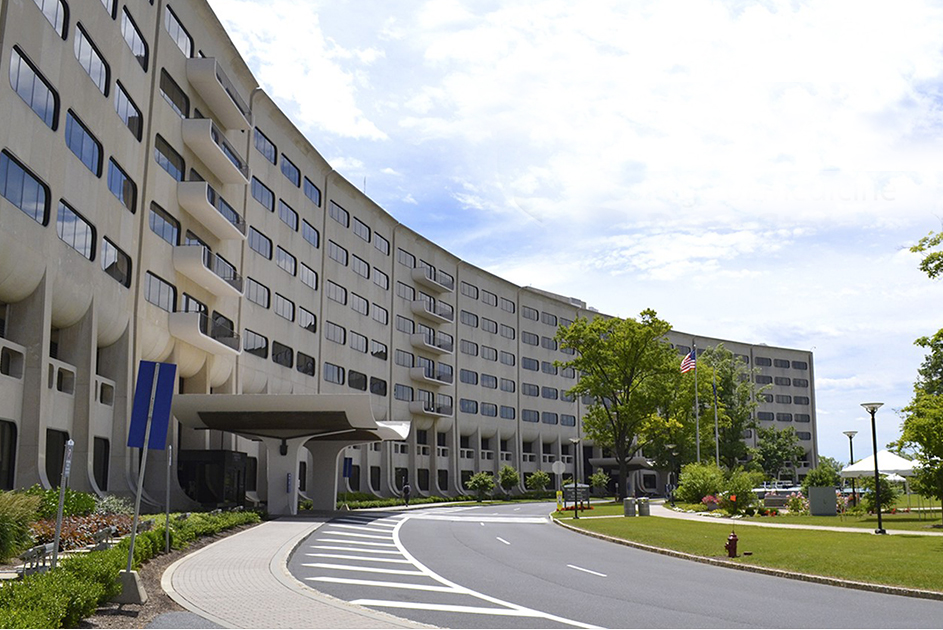 Reaching out to lighting designer Scott Chmielewski, president of Digital Media Designs, Kevin and his team settled on forty-six long and medium-throw IP-rated LED washlights from Iluminarc. These wash lights replaced 126 1000-watt quartz fixtures that had previously lit the building, giving staff the opportunity to paint the trademark building in dramatic swaths of color. The lighting designer programmed several scenes to help provide an interesting backdrop to the many events that take place at the center – for instance, turning the building red, white, and blue for the Fourth of July celebrations featuring the Hershey Symphony Orchestra hosted on-site.

In stark comparison to the previously installed incandescent fixtures, the energy consumption of the LEDs was vastly less. In just a year, the newer LED lights helped reduce the annual wattage usage from over 337,000 kilowatt-hours (an operating cost of over $26,000 in electricity alone) to just over 70,000 kilowatt-hours at a cost of approximately $5,480 annually.

“Energy consumption was a concern coupled with the idea of changing colors on the façade,” said Kanoff, “the LED Iluminarc fixtures were the ideal choice to achieve both functions in one lighting solution.”