Atlanta’s Perimeter Center district houses two of the tallest buildings in the suburban United States, the Concourse Corporate Center IV and V, affectionately known as Atlanta’s “King and Queen Buildings” due to the ornate steel “crowns” atop each structure.  Situated on the intersection of two of Georgia’s busiest highways, the King and Queen structures with their brightly illuminated upper floors serve as beacons of light for anyone driving through the Atlanta metropolitan area, thanks in part to ILUMINARC.

Designed by internationally recognized architectural firm Thompson, Ventulett, Stainback & Associates, the buildings and their illuminated structures create buzz, interest, and focus for the Atlanta business community, much of it centered on Perimeter Center.  The Concourse Corporate Center drew its popularity among the business community and its central location, and the owners wanted to remain true to the building’s community stature. 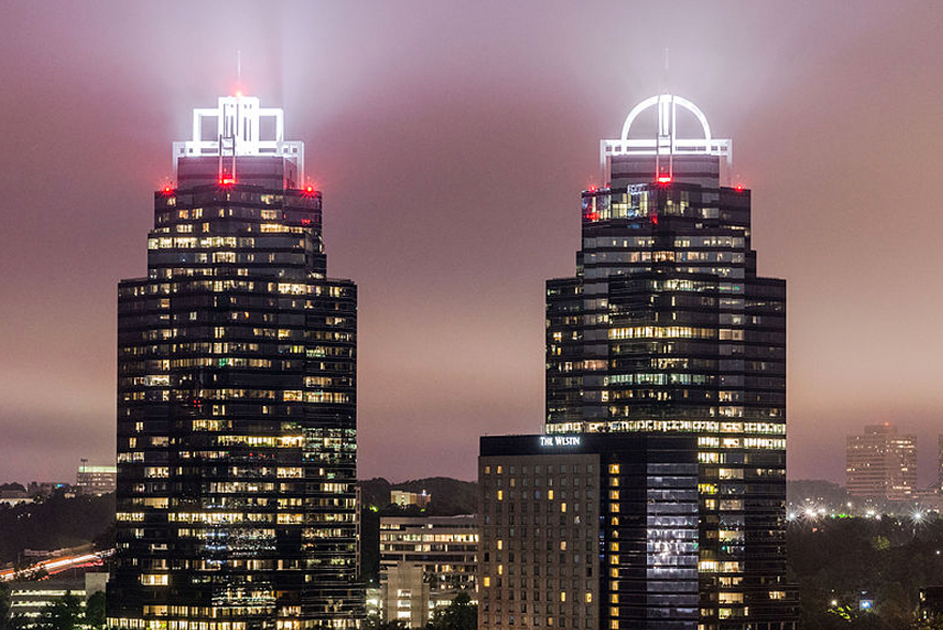 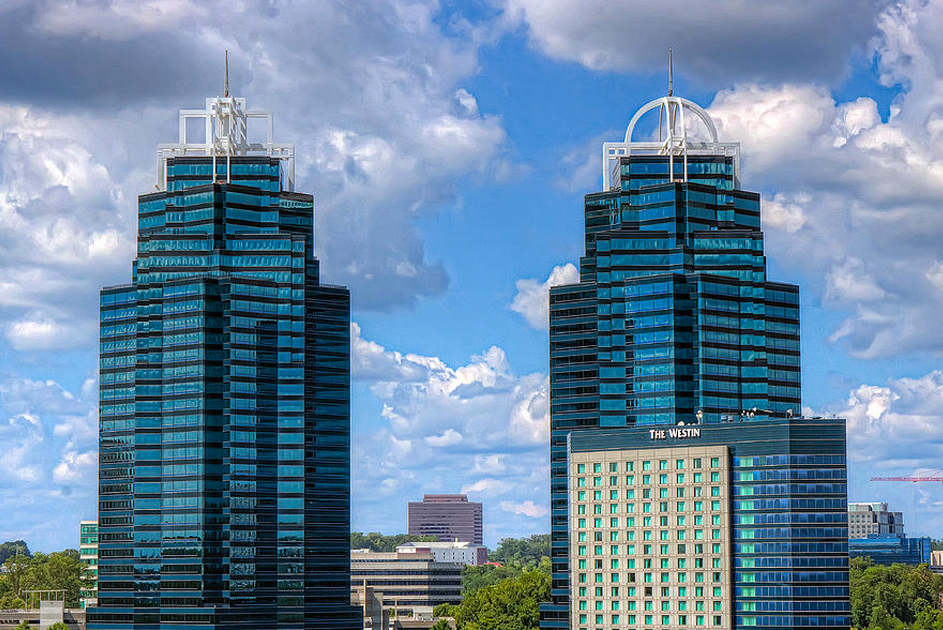 The building’s owners reached out to Efficiency3 Lighting and Controls to achieve the lighting of the top of the towers. “We needed two different intensities at separate distances for the King and Queens structures, and we chose ILUMINARC for its value and reliability,” said Rob Whaley of E3LC of the project.

In addition to providing a striking white light for the King and Queen buildings, Concourse Center owners also utilize the excellent color-changing capabilities controlled via Nicolaudie’s control device, STICK DE3, to change the hue of the structures’ upper floor exterior to coincide with major calendar events. For example, in October for Breast Cancer month, the crowns were illuminated in pink light.

The addition of the color-mixing the Concourse Center’s King and Queen structures gives an already powerful visual landmark on Atlanta’s horizon even more prominence to all who pass through the region.  Thanks to Efficiency3 Lighting and Control, the King and Queen buildings will be a beacon of the city’s soul for years to come.