NEW ORLEANS – In a city renowned for its iconic neighborhoods and distinctive architecture, The Bollinger Canopy of Peace quickly established itself as a must-see landmark after it opened in 2019. Soaring 148 feet in the air, the bright white steel-and-fiberglass structure seems ready to take flight as it spans the entire campus of the National World War II Museum in the heart of the city.

However, there is more than the aesthetic appeal of the 481-foot long by 133 wide canopy that moves observers. Equally compelling is it symbolic significance, as it represents, with dignity, the sacrifices of the 16 million Americans who served in the military in the Second World War and the hope that resulted from their ultimate victory.

In preparation to unveil the “Expressions of America” interactive light and sound show later in 2022, the canopy was equipped to become even more powerful, thanks to a dynamic lighting display over its surface.  Created by Solomon Group and design agency Mousetrappe, this panorama draws on the color rendering capability of nearly 200 Ilumipod LL  RGBL fixtures from Iluminarc. 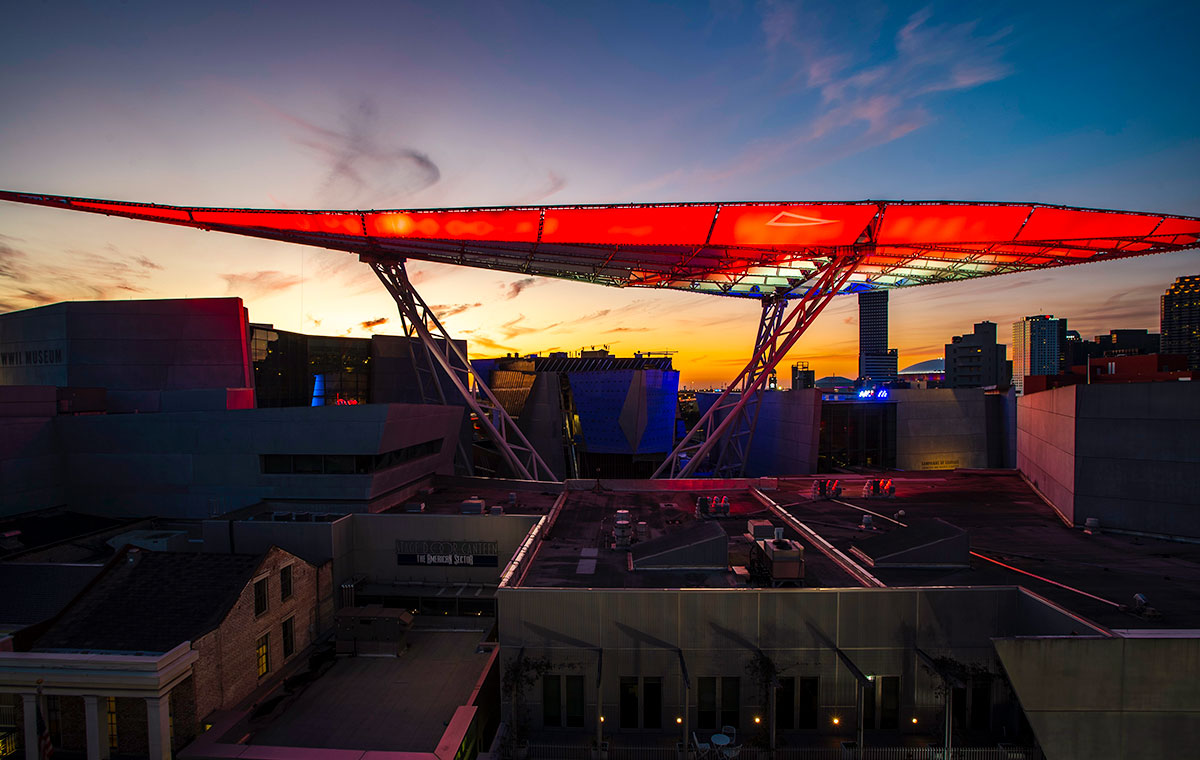 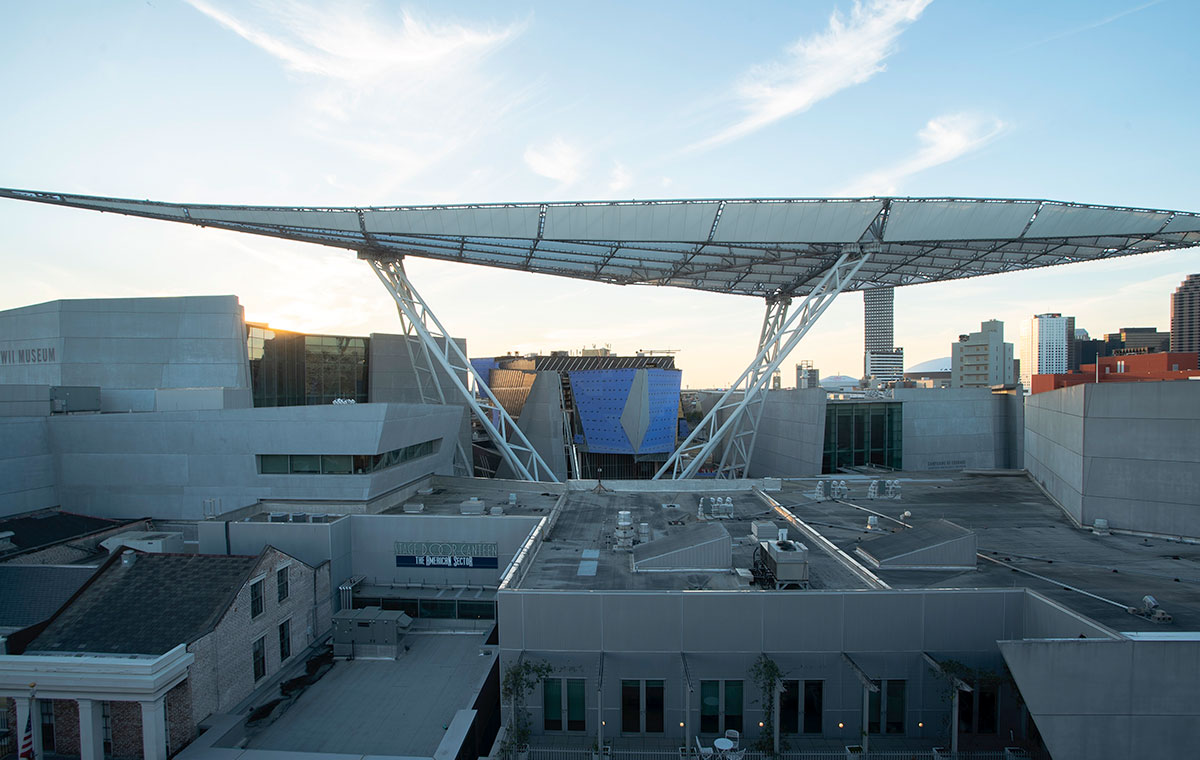 The precision optics of the high output (21,215 lux at 5-meters) fixture, which is powered by 24 20W LEDs, allowed the design team to energize the canopy with seamless splashes of light and color. By endowing the canopy with dynamic looks, they were able to incorporate into the multimedia show taking place in the outdoor parade ground below.

Given the IP67 rating of the fixture, the designers could use it outdoors without being concerned about New Orleans weather conditions. The fixture’s low profile allowed it to be positioned without distracting from the overall look of the exhibit.

Indeed, visitors to Expressions of America may not even notice that the fixtures are in place, but gazing at the majestic canopy glowing bright, they will certainly experience its effect. 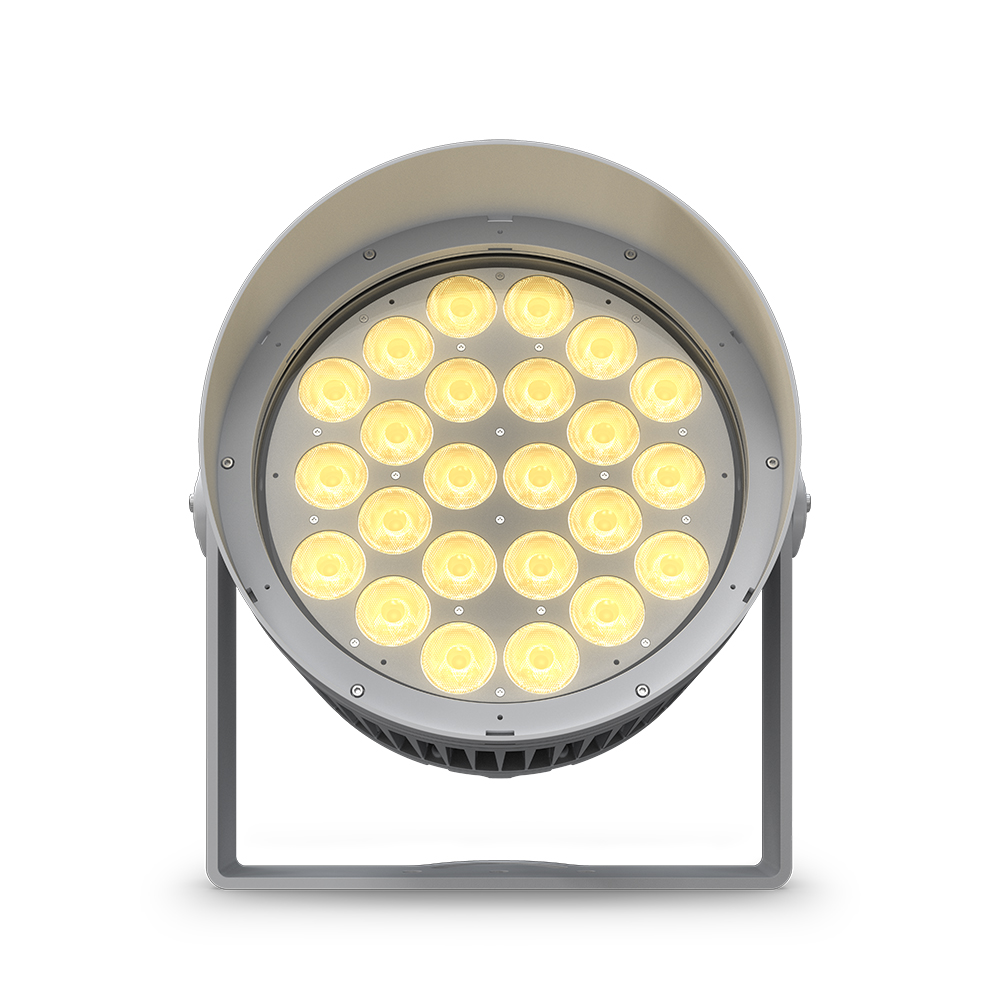