The Marlin Hotel was constructed in 1939 and designed by architect L. Murray Dixon, which still the remains an icon in the heart of South Beach’s celebrated Art Deco District. The interior has undergone radical changes since its construction, and the exterior has been lovingly restored and refurbished to its original glory. This included an intelligent interior lighting system designed by Geoff Farrell of D’light studios based in Ft. Lauderdale.

“Updating anything historic is always a challenge,” the designer explained. “Bringing something into the now with crisp, clean lines—modernizing an existing structure—can be an undertaking. Adding color changing lights to juxtapose a stark landscape, using Iluminarc fixtures, was the best solution.”

Within the welcoming lobby of the Marlin and past the vintage terrazzo floor – in a classic Art Deco motif, of course – hangs a breathtaking custom-made chandelier, the first place you’ll see Iluminarc fixtures. Twenty-six wash luminaires and recessed in the ceiling above the piece, providing dramatic downlighting effects.

“We selected Iluminarc wash fixtures because when you are dealing with color changing lights (in other words an RGB fixture) the Iluminarc fixtures incorporate all of these colors into one optic,” Farrell said. “The result is simple, even illumination without any rainbow effects or crazy shadows.” 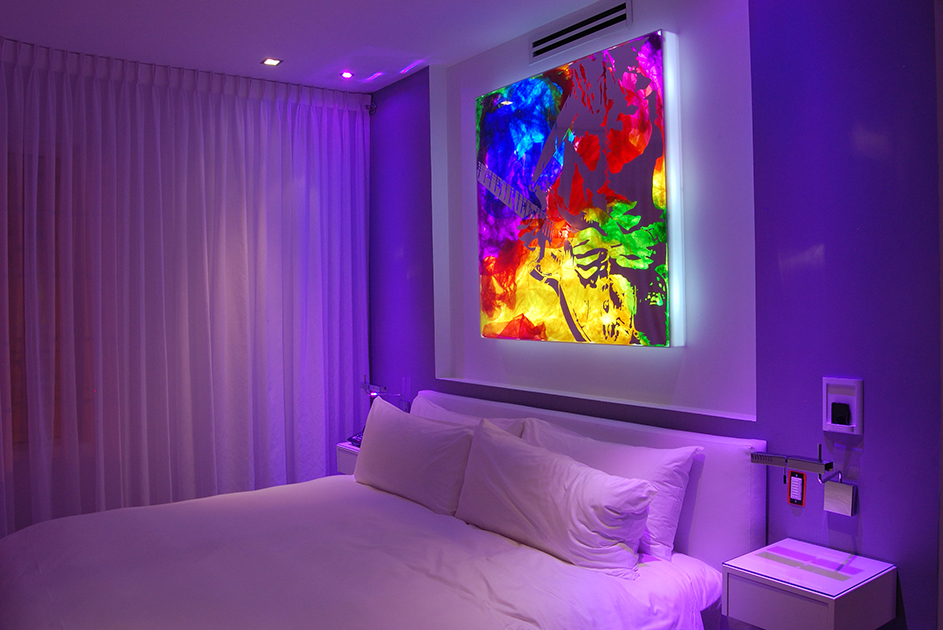 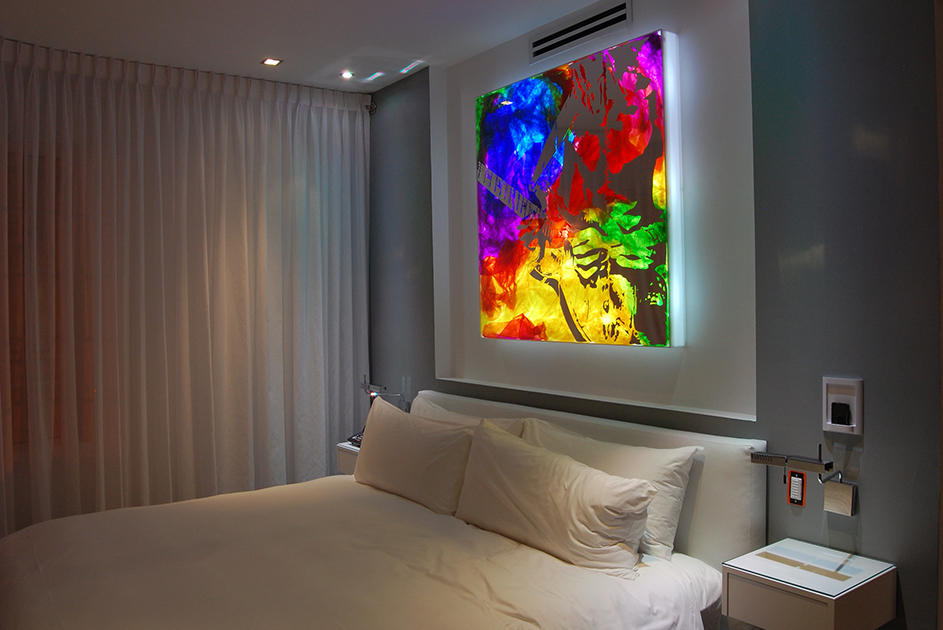 Further into the hotel is a club-style seating area complete with a small stage, and additional fixtures downlighting the seating as well as the bar, where programmed lighting scenes slowly change the color of the entire floor, creating new moods with each new hue. The same effect is present on the second-floor lounge, with its secondary bar and seating area.

Each guest room has an additional four Iluminarc lights, where carefully chosen linens, window treatments, and wall paints capture the colored lights beautifully, with one being specially placed above frosted glass inserts in the shower to capture the colored glow. Guests can control the lighting system with a tablet included in each room.

Control of the non-guest-room systems is also done via Iluminarc controllers, which the designer speaks highly of. “The Iluminarc system is very simple to use and easy to install. Everything is powered over Ethernet, which makes drawing up plans and designating which channels of the box go to which light easy to understand. When the integrators came in to do the system programming, they were able to tie them together very quickly.”